Three-way ball valve is isolating valve designed to redirect the service fluid flow. It is not designed to be used for throttling or regulating purposes. For temperatures from −50 °C to +200 °C. 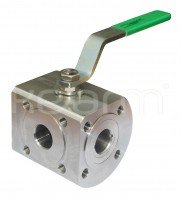 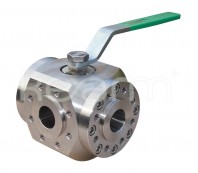 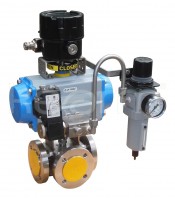